Not since the 1980s have our public services faced such an attack. The secret hope of this government of millionaires, that a quiescent public might endure the erosion of their wages, living standards and services without protest, has slipped away. It’s been replaced with a fear that a dynamic assembly of trade unions and community groups will change the political geometry of our country. They should be frightened because cuts are not economically necessary – they are the political choice of people who themselves will not bear the burden. The TUC demo on March 26 warned of the storm to come if government policy does not change and it is a storm that will sweep away this Cabinet of the rich but also those in our movement who fail the test of leadership. 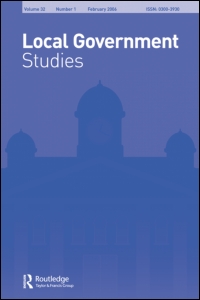 by Andrew Coulson, Institute of Local Government Studies The University of Birmingham

With 430 large pages, 1,800 references, 14 appendixes and an unusual bibliography, this is no small contribution. It discusses local government in the context of Marxist, or Gramscian, theories of the state. It includes considerable empirical material about local government, mostly from Britain, but also from South Africa, Cuba, Venezuela, Porto Alegre in Brazil and Kerala in India. The author was associated with the Labour Campaign for Open Local Government, which campaigned successfully against directly elected mayors and in favour of councils being governed by the committee system, and many references are to the publications of members of the Communist Party of Britain - but the Foreword is by the left-wing Labour MP Kevin Hopkins, and the book is sponsored by Croydon Trades Council, the Labour Land Campaign and various trade union and related interests.
Few will read this book from cover to cover, or agree with all that it asserts. But the treatment is so different from conventional approaches that most readers will find some original insights - not least from its willingness to be critical equally of the neo-liberal policies of Mrs Thatcher and the current Coalition in power in Westminster on the one hand, and on the other, of Tony Blair and New Labour, and especially the business interests that lie behind them, epitomised by the board members and publications of the New Local Government Network.

HOW IS IT that a small developing nation, subject to political hostility and economic embargo for 50 years, can have eradicated illiteracy within a two-year period, gone on to meet and surpass the UN’s Global Development Goals before they were even formulated, and to have built a free, comprehensive and lifelong education system with better outcomes than that of the USA?

by Mike Squires
Killing No Murder by Rob Griffiths unravels a little-known incident that occurred in the Great Railway Strike of 1911.  In Llanelli in Wales the army opened fire on crowds, killing two young men and wounding two others.  Griffiths relates this fascinating story in a very readable way, using a mixture of archival research and oral history.  And this incident, which happened almost 100 years ago, has some important lessons for today.